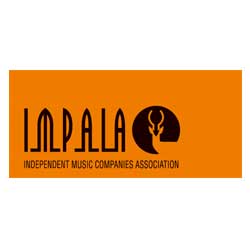 Posted at 08:38h in actualites by UPFI

Amidst ongoing concerns about the conduct of YouTube towards the independent label community, IMPALA the independents’ organisation based in Brussels, confirmed today that the formal process in Brussels has now started, with a detailed complaint lodged with the European Commission earlier this week.

The complaint focuses on a series of breaches of European competition rules, setting out 5 specific instances of conduct which IMPALA says is illegal given YouTube’s position as a gatekeeper to the online market. IMPALA claims that YouTube is effectively creating artificial barriers to accessing the digital market.

This case has also attracted interest because of the negotiating tactics reported by independent companies who have been told their artists’ videos would be blocked if they did not agree to sign up to non-negotiable contracts regarding YouTube’s new premium subscription service. More recently the contracts have been published, with analysis by industry experts illustrating why the independents felt their terms are abusive.

Helen Smith, Executive Chair of IMPALA said: “The formal process has started in Brussels where the European Commission has consistently shown it will take a stance to ensure its competition rules are properly respected. Commissioner Almunia has already underlined the importance of the contribution made by independent music companies. This is a crucial moment for the development of the online music market with European services leading the charge. What kind of legacy will Europe give those companies? How does Europe want its artists and consumers to be treated? We look to Commissioner Almunia to take urgent action. It’s red card time.”

IMPALA’s complaint underlines that YouTube’s conduct is illegal on a number of counts. YouTube is insisting on extracting a package of rights that no other partner could get away with. The terms appear to seriously undervalue existing deals in the marketplace with other business partners. They also appear to include a highly controversial ‘least favoured nation’ clause, as well as provisions regarding delivery of content that restrict the freedom of labels and their artists to decide how to handle releases and marketing such as exclusives. This goes far beyond what would be agreed with any other service.

The terms are also suspected to breach competition rules because they are not comparable to the terms that are believed to have been reached with the majors. Discrimination is illegal when it is carried out by dominant companies and European competition rules exist to stop companies acting abusively when they become big enough to dominate the marketplace.

As well as issuing a red card and stopping YouTube’s conduct, the EC could also issue a fine of up to 10% of its turnover worldwide. With advertising revenues alone reported to be $5.6 billion, YouTube could be facing a fine north of $500m.

About IMPALA
IMPALA was established in April 2000 to represent independent music companies. 99% of Europe’s music companies are SMEs. Known as the “independents”, they are world leaders in terms of innovation and discovering new music and artists – they produce more than 80% of all new releases and account for 80% of the sector’s jobs. IMPALA has its own award schemes to help promote cultural diversity and new talent and highlight the artistic contribution of independent music. IMPALA award winning artists include Guadalupe Plata who was voted winner of IMPALA’s last album of the year award, The xx, Armin van Buuren, Caro Emerald, Adele, M83, Mogwai, Vitalic, Soap & Skin, Royksopp and Andrea Bocelli.
www.impalamusic.org